Originally known as the Walker Theatre, the Burton Cummings Theatre for Performing Arts (‘The Burt’) was constructed in 1906-07. The Theatre was built for a new style of professional-level entertainment and brought ballets, operas, and Broadway-style shows to Winnipeg.

The Theatre was converted into the Odeon Cinema in 1945 and served as the city’s most popular single-screen movie theatre for almost 50 years. Original Odeon logos and artwork are still visible on the outside of the building.

In 1990, the theatre was purchased by the not-for-profit Walker Theatre Performing Arts Group (WTPAG) and designated a National Historic Site of Canada as well as a Provincial Heritage Site. The building’s original architectural features were restored and it reopened as a venue for live performance in March 1991. In 2002, it was renamed after Winnipeg-born musician Burton Cummings, former lead singer of the Guess Who.

In 2014, under a lease arrangement from the WPTAG, True North Sports + Entertainment assumed management of the Burton Cummings Theatre, providing programming services and entertainment expertise to the 1579-seat former vaudeville theatre. Investing significant time and resources, True North set forth on a long-term project to refurbish and rejuvenate the theatre, acquiring full ownership of the building from the WPTAG in 2016.

True North is committed to continuing the programming and development of the Burton Cummings Theatre as part of an exciting new era of entertainment growth in Winnipeg.

“MADE IN WINNIPEG” Music and Lyrics by Danny Schur. Performed by William Prince. Filmed at the Burton Cummings Theatre. 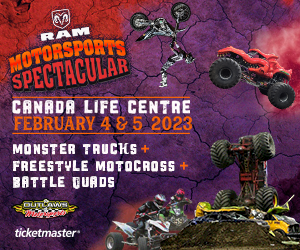