Blurryface, Twenty One Pilots’ latest album, opens a new chapter in the Columbus, Ohio-based band’s story. A chapter which finds the duo of Tyler Joseph and Josh Dun disinterested in expectation and certainty, instead absorbing themselves in the undefined and breaking new ground as they fearlessly reimagine the possibilities of their music. Blurryface reflects these sentiments, each track lending itself to the idea of candid expression and genuine identity, ultimately revealing a collection of dynamic and diverse songs; linear in arrangement and poignantly honest.

The duo, which initially formed in 2009 and released two albums on their own, began writing the songs while touring extensively on their Fueled By Ramen debut Vessel, which was released in January of 2013. The album landed in the Billboard Top 200 and at No. 15 on the Billboard Top Rock Albums chart, and has sold over 300,000 copies, as well as 1,000,000 singles. To support the album, which was No. 1 on Alternative Press’ 10 Essential Albums of 2013, Twenty One Pilots embarked on a series of headlining tours that took them to over 325 shows worldwide. As they traveled, stopping to perform at festivals like Bonnaroo, Hangout Fest, Lollapalooza, Outside Lands, Download and Summersonic, and appearing at the 2014 MTV Movie Awards and on Conan and Late Night With Seth Meyers, Josh and Tyler began conceiving ideas for a new album.

Instead of selecting one producer for Blurryface, the band elected to select producers based on what a specific song needed. The duo worked in various studios around Los Angeles with Mike Elizondo, Tim Anderson and Ricky Reed, and went to London to record with Mike Crossey at Livingston Studios. The idea was that each producer would bring in a different set of skills that could best amplify what the music needed. “We felt like this album had so many different aspects to it we wanted to make sure we had the best guys on those particular songs that matched with what we thought made sense,” Tyler notes. “I feel like having multiple ears and multiple brains on this album makes sense. It lends itself to the music since the kind of music Josh and I are attracted to ranges drastically.”

“The one thing Josh and I always had in mind when we were making this record was: How is this going to look and feel live?” Tyler says. “We were so influenced by the live show. A lot of the writing came from wanting to create something that we would actually love playing in front of people every night.”

“That’s always been our outlet to get people to hear our songs,” Josh adds. “Each song is modeled for the live show. We have so much fun playing and then gathering information from shows. It makes it even more fun to see how people are going to respond and how they’re going to enjoy the music.”

The resulting album feels innovative and vibrant, every track imbued with a sense of propulsive motion that derives largely from Josh’s drumming. Even as the musicians explore diverging styles, shifting between genres in a way that is unnecessary to define, the urgent live drums draw the music together. The album’s debut track, “Fairly Local,” plays with a moody sparseness of instrumentation to create a surging atmospheric number that bluntly proclaims “This song will never be on the radio.” Single “Tear in my Heart” takes a more buoyant vibe, teasing out a pop-inspired melody and anthemic chorus. The lyrics, overall, connect, but for Tyler it’s essential not to reveal his exact intentions behind them. The band is interested in creating music that feels unexpected and open to interpretation, both thematically and instrumentally. The songs are as much for Tyler and Josh as they are for the listeners.

“We hate the idea of someone being able to listen to a section of a song and being like ‘I get it,’” Tyler explains. “I’ve never wanted to make something where people can predict what happens next, even inside of a song. As much as we’re intentional about creating something that people can’t predict, I always make sure that it comes down to the thing that matters the most when it comes to creating: whether or not we like it. At the same time, we’re making sure we’re aware of the fans and of the people who supported us. We want to make sure that we know where they’re coming from and trying to fulfill what it is they are looking for. So it’s a balance, it’s a tension. It’s not something that you can solve – making an album that you love but also making one that the fans love. There’s always going to be this tension that you need to manage and I think that this record manages that tension perfectly.”

The musicians each cite each other as the most important influence on Blurryface, reflecting the palpable connection that exists within the music. Both the album and the band’s live show feels like a conversation between two artists, and it’s that back-and-forth that lends the songs their inherent strength. Tyler jokes that one of the band’s greatest achievements so far is “figuring out how to do a two-man huddle before we go out on stage,” a sentiment that reveals the importance of the duo’s collaboration. As you listen to Blurryface, as the songs shift between genres and stylistic aesthetics, it’s Twenty One Pilots as a unit that connects the experience. It is meant to be heard all at once, in order, although the musicians concede to the idea that everyone listens to music in their own way.

“That’s how Josh and I ingest the album,” Tyler says. “That’s how we’ve always done it. But we understand that there need to be certain moments that people can come into and be a part of and then leave. However, it is there for the people who would like to listen to the whole thing.” The experience of that whole, if you choose to listen that way, is deeply rewarding and entirely unexpected, one that changes both your perception of Twenty One Pilots and of music itself. Blurryface is a journey that, in the end, takes you somewhere you couldn’t have imagined initially. 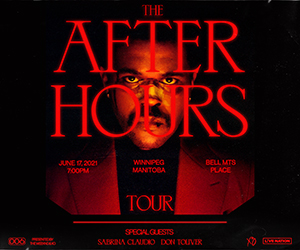