In 2019, multi-platinum, Grammy-winning, rock ’n roll-country-Tejano phenomenon THE MAVERICKS celebrate 30 years of entertaining millions of people around the world with a whirlwind of new activity. The Miami band – back and better than ever since their reunion in 2012 – will mark three decades of uniting great Latino and American music traditions with a series of special events to celebrate this great band’s past and look forward to the future. Over the summer, the band will launch a unique version of their renowned live show that has won over crowds across the world, including appearances at some of the finest venues in Europe, Canada, the US and the UK.

With special staging and a unique narrative this anniversary show will reimagine THE MAVERICKS’ catalogue, from their early days in Miami’s punk and alternative scene, through their chart-topping years in the 90s and 2000s and right up to their reunion and creative rebirth. As well as telling the story of THE MAVERICKS, the shows will chart the many ways in which they have intertwined traditional Tex-Mex, Latino, Norteño and Tejano music with country, rock’n’roll and the great American songbook – a true American story of cross-cultural inspiration. 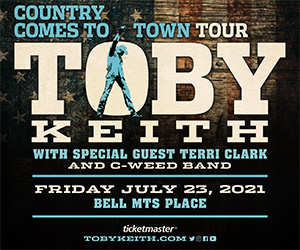