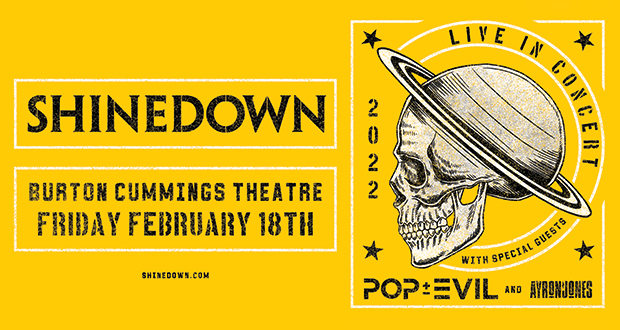 Multi-platinum, record-breaking band Shinedown  has sold more than 10 million albums and 10 million singles worldwide, earned  14 platinum and gold singles, 5 platinum and gold albums, 16 #1 Active Rock hits, and amassed more than 4.5 billion total streams. Each of Shinedown’s 27 charting singles on Billboard’s Mainstream Rock Songs Chart has reached the Top 5 – an unparalleled achievement – and they hold the record for most Top 5s ever on this chart.  Shinedown was also recently named #1 on Billboard’s Greatest of All Time Mainstream Rock Artists Chart.

Hailed for their high-octane live shows, Shinedown continues to engender diehard love from millions of global fans and has racked up countless sold-out tours and festival headlining sets as well as numerous national television appearances. The band is playing to sold-out arenas in the U.S., backed by their biggest, most eye-popping production yet and propelled by the undeniable power of front man Brent Smith’s voice. 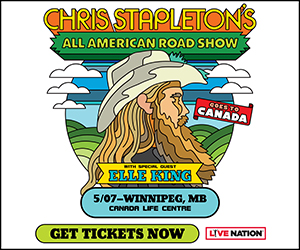