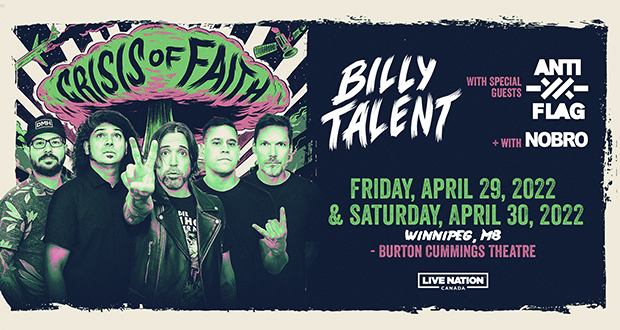 Billy Talent has been postponed to April 29 & 30. Original tickets will be honoured for this new date.   with very special guests Anti-Flag + with NOBRO Canadian rockers

Billy Talent has been postponed to April 29 & 30. Original tickets will be honoured for this new date.

Canadian rockers BILLY TALENT will begin 2022 on a high note by returning to the stage for an incredible national Canadian tour.

Billy Talent are one of Canada’s most successful bands.  They have sold nearly one million albums in Canada alone and nearly 3 million albums internationally.  They have won 7 Juno Awards and have been nominated 23 times, including three nods for their most recent studio album Afraid of Heights (Group of the Year, Rock Album of the Year, and Ian D’Sa for Producer of the Year). They have also been nominated for 32 MMVA Awards – taking home the prize 10 times.  In 2018 the group was honoured with the Legends of Live Special Achievement Award, presented by Canadian Music Week.  Most recently, Billy Talent have launched the Billy Talent Charitable Trust to give more back to the organizations that the band supports.

Anti-Flag is a political punk band, which is obvious from their name alone.

NOBRO, who cut their teeth on the road with bands like FIDLAR and PUP, are joining for both legs of the cross Canada tour.

Proof of Vaccination: Not required 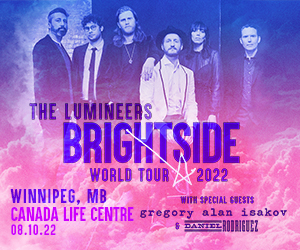