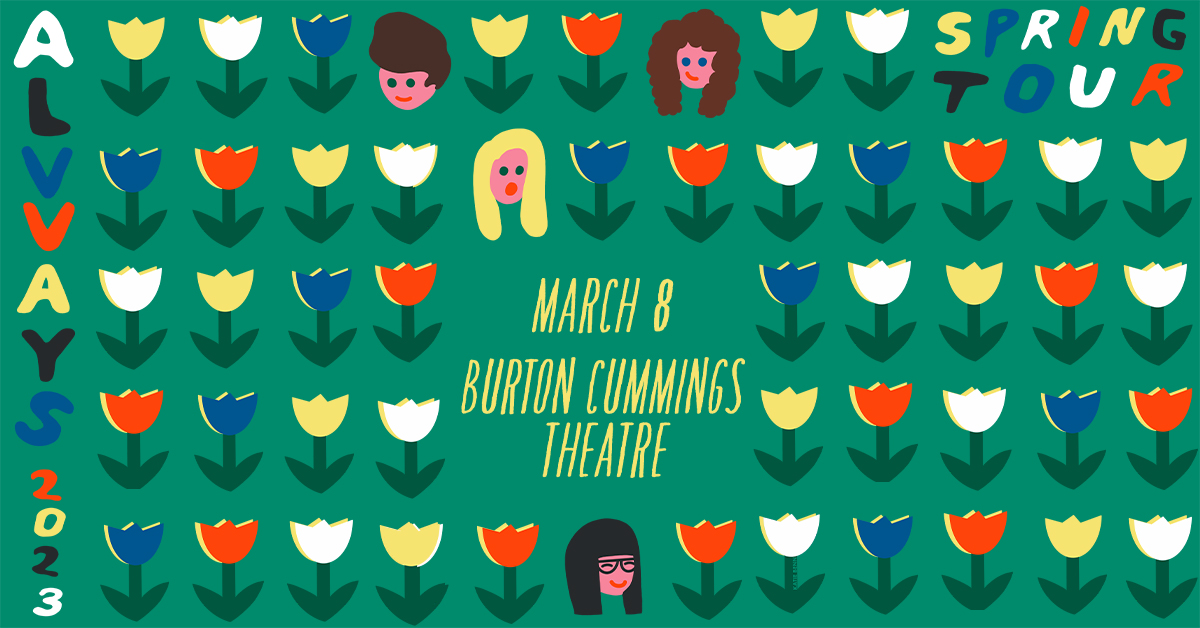 Alvvays never intended to take five years to finish their third album, the nervy joyride that is the compulsively lovable Blue Rev. In fact, the band began writing

Alvvays never intended to take five years to finish their third album, the nervy joyride that is the compulsively lovable Blue Rev. In fact, the band began writing and cutting its first bits soon after releasing 2017’s Antisocialites.

They toured more than expected, a surefire interruption for a band that doesn’t write on the road. A watchful thief then broke into singer Molly Rankin’s apartment and swiped a recorder full of demos, one day before a basement flood nearly ruined all the band’s gear. They subsequently lost a rhythm section and, due to border closures, couldn’t rehearse for months with their masterful new one, drummer Sheridan Riley and bassist Abbey Blackwell.

Blue Rev doesn’t simply reassert what’s always been great about Alvvays but instead reimagines it. They have, in part and sum, never been better.

In October 2021, when they arrived at a Los Angeles studio with fellow Canadian Shawn Everett, he urged them to forget the careful planning they’d done and just play the stuff, straight to tape. On the second day, they ripped through Blue Rev front-to-back twice, pausing only 15 seconds between songs. And then, as Everett has done on recent albums by The War on Drugs and Kacey Musgraves, he spent an obsessive amount of time alongside Alvvays filling in the cracks, roughing up the surfaces, and mixing the results. This hybridized approach allowed the band to harness each song’s absolute core, then grace it with texture and depth.