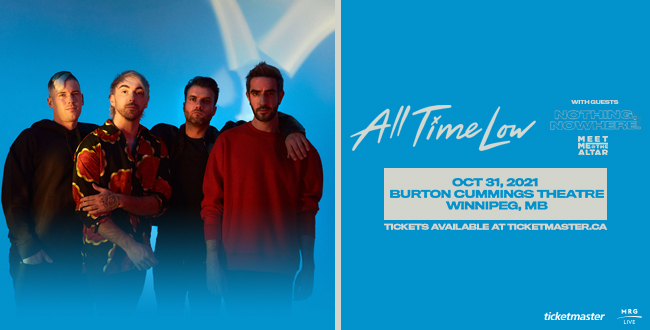 All Time Low is coming to the Burton Cummings Theatre on October 31, 2021!

Formed in 2003 in the suburbs of Baltimore, Maryland, All Time Low started out as a high school cover band before morphing into a melodic pop-punk act influenced by predecessors like New Found Glory and Blink 182 . An enduring presence in the late-2000s scene, they were a Warped Tour mainstay from their breakthrough sophomore set, So Wrong, It’s Right (2007), to their chart-peak sixth LP, Future Hearts (2015). Following a late-career dip into pop with 2017’s Last Young Renegade, they course-corrected at the start of the 2020s with Wake Up, Sunshine. 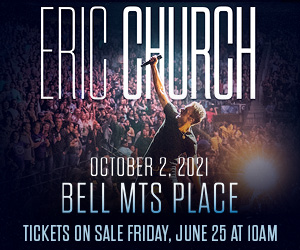