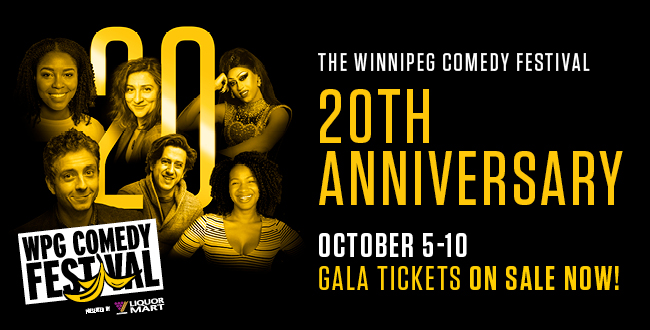 Our fingers are crossed! We've rescheduled the 20th annual Winnipeg Comedy Festival at the Burton Cummings Theatre to October 7-9, 2021. “Our hope is by October theatrical venues will once again be open in

Our fingers are crossed!

“Our hope is by October theatrical venues will once again be open in some capacity,” says Executive Director Nick Kowalchuk. “Last fall we staged distanced shows with all the right protocols in place and it’s given us confidence that wherever the city is in its reopening process we can put on terrific shows where everyone feels safe.”

Artistic Director Dean Jenkinson says he’s excited to get back to producing live shows again. “There’s a special magic that’s created in person that’s very hard to achieve in an online show. I can’t imagine a better way to celebrate our 20th year than to gather again in person.”

Highlights of this year’s festival will include the return of CBC Radio’s hit show The Debaters with Steve Patterson, which will stage live tapings October 9 and 10 at the Gas Station Arts Centre. Gala tapings for CBC Television will take place October 7, 8, and 9 at the Burton Cummings Theatre. A full schedule of festival events will be announced in coming weeks.

The Festival is grateful to all the sponsors, staff, artists, volunteers, and its production partner Frantic Films – as well as Winnipeg’s amazing comedy fans – for their continued support.

Entry may be subject to any COVID-19-related rules and restrictions in place at the time of the event, including but not limited to, proof of fully vaccinated status being required for entry. 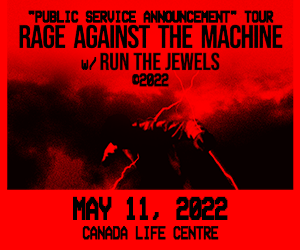